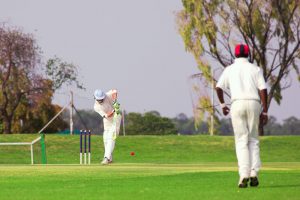 Even if you’re a fervent cricket fan, you can probably understand why some people see cricket as being boring. Just like darts, snooker and horse racing, it’s difficult to see the appeal unless you’re a big fan, and you understand the game, follow a team and have a grasp of the rules. It’s probably no surprise that cricket has been voted one of the most boring sports to watch, although baseball, golf and lawn bowls are also near the top of that list. And cricket tends to bring to mind lazy summer afternoons, a cold drink or two, straw hats and lawn chairs.

But just why do so many people feel that the sport is boring? One of the reasons is that they just don’t understand it; there are many jokes about a cricket fan trying to explain the game to an overseas visitor and finding them confused with all the references to in, innings and out. Other than the ball being thrown, cricket doesn’t move quickly, and there’s a lot of standing around, and general inactivity, although other sports suffer from this problem too, notably golf. If you’re a cricket fan, this inactivity doesn’t matter too much and arguably adds to the tension and anticipation, but it’s perhaps easy to see why the game is perceived as being slow and uneventful. And of course, cricket can last for days before the match is won, a big difference from a football, baseball or basketball game.

One solution to long and potentially boring cricket matches came in the 1960s when English county teams devised a version of the game with a maximum number of overs allowed in each innings. It meant that people watching a match could expect a result in that same day, and it helped to widen the sport’s appeal to younger people. The new system also proved to be a commercial success, despite many older cricket fans objecting to the changes to what they regarded as the traditional way of playing cricket. Since then, one day internationals have become an established aspect of the game. And many cricket matches have gone down in history as being exciting, fast paced and tense as anyone who saw them can attest to; a good example is the 5th ODI in 2006 between Australia and South Africa, in which the Aussies won by one wicket and with just one ball to spare.

So is cricket boring? Of course, it all depends who you ask. If you just don’t understand the game and can’t see the appeal, it’s probably no better than watching paint dry. But it’s hard to argue with the estimated 2.5 billion fans around the world (esp in India) who make it the second most popular spectator sport.